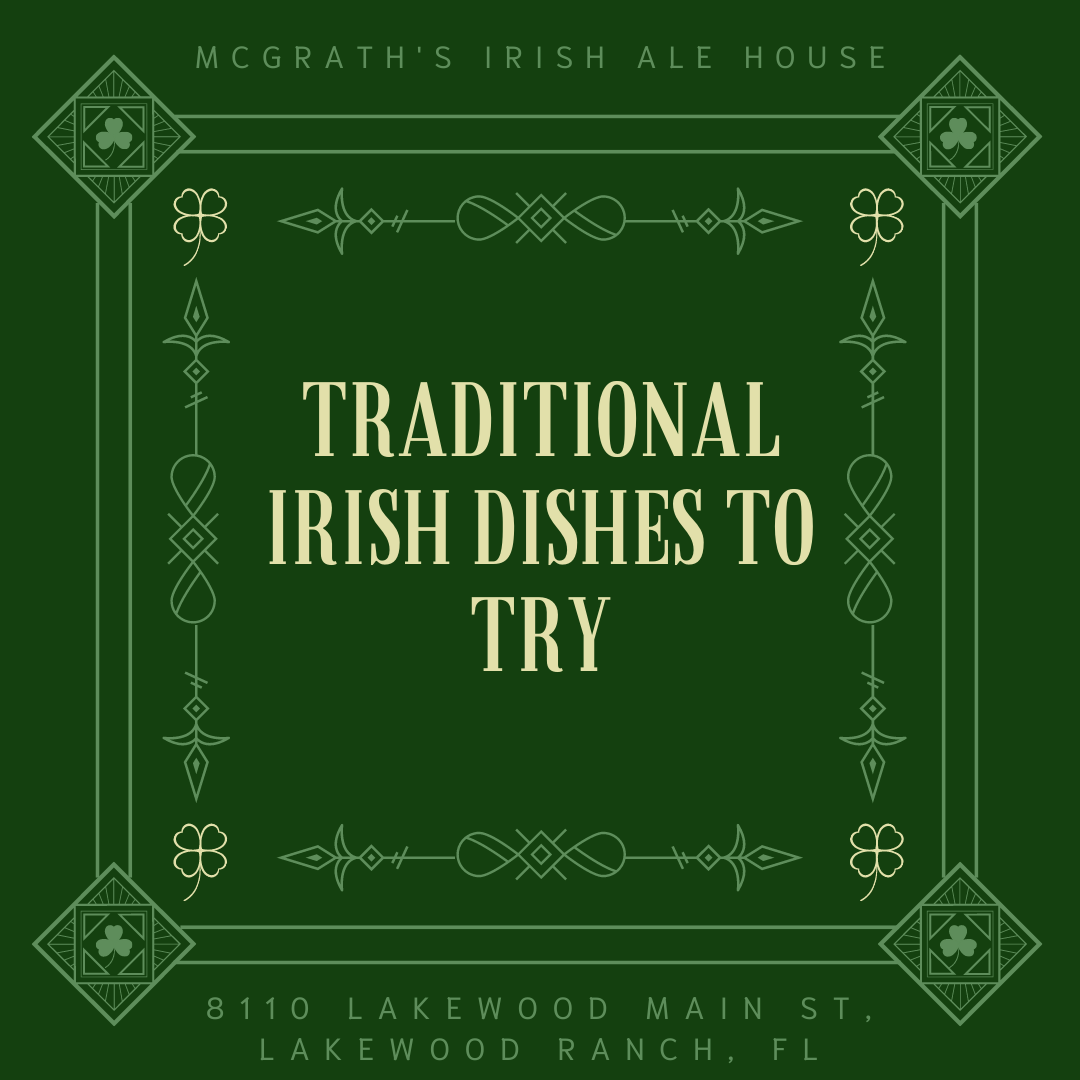 Are you looking to branch out and try new things? Trying new cuisine from different areas of the world is a great way to discover new flavors. Here are some traditional Irish dishes to try:

When you think of Irish food, you probably think of potatoes. Boxty is a potato pancake made from mashed potatoes and raw potatoes. Some say the dish originated from the Irish Potato Famine. When you order up boxty from McGrath’s Irish Ale House, the dish is made from potato fritters, mozzarella, scallion, and pomodoro sauce.

No, Irish soda bread is not made from soda pop. It’s actually made using baking soda. The recipe for Irish soda bread is pretty straightforward, which allowed Irish families to get creative with their own recipes. Some versions of the dish include fruits and spices.

Who doesn’t love comfort food? Irish stew is a comforting and filling meal that you can order up at McGrath’s Irish Ale House. Our version of Irish stew includes hearty chunks of beef, carrots, and potatoes slow cooked in a savory traditional Irish broth. We serve our stew with slices of house-made Irish soda bread.

You’ve probably heard of shepherd’s pie before, it is one of the most popular Irish dishes in the United States. A traditional shepherd’s pie is made from lamb, while other versions include ground beef. Our shepherd’s pie includes lamb, carrots, peas, onions, and a parmesan potato crust.

Trying Irish cuisine doesn’t just mean trying new foods. You should also try Irish beverages! Ireland is known for producing a lot of whiskey, so much so that they’ve incorporated whiskey into other drinks. Irish coffee is made from black coffee, Irish whiskey, sugar, and cream. At McGrath’s Irish Ale House, our The Morning After drink is made from fresh brewed coffee, Jameson Cold Brew Whiskey, Bailey’s, and whipped cream.