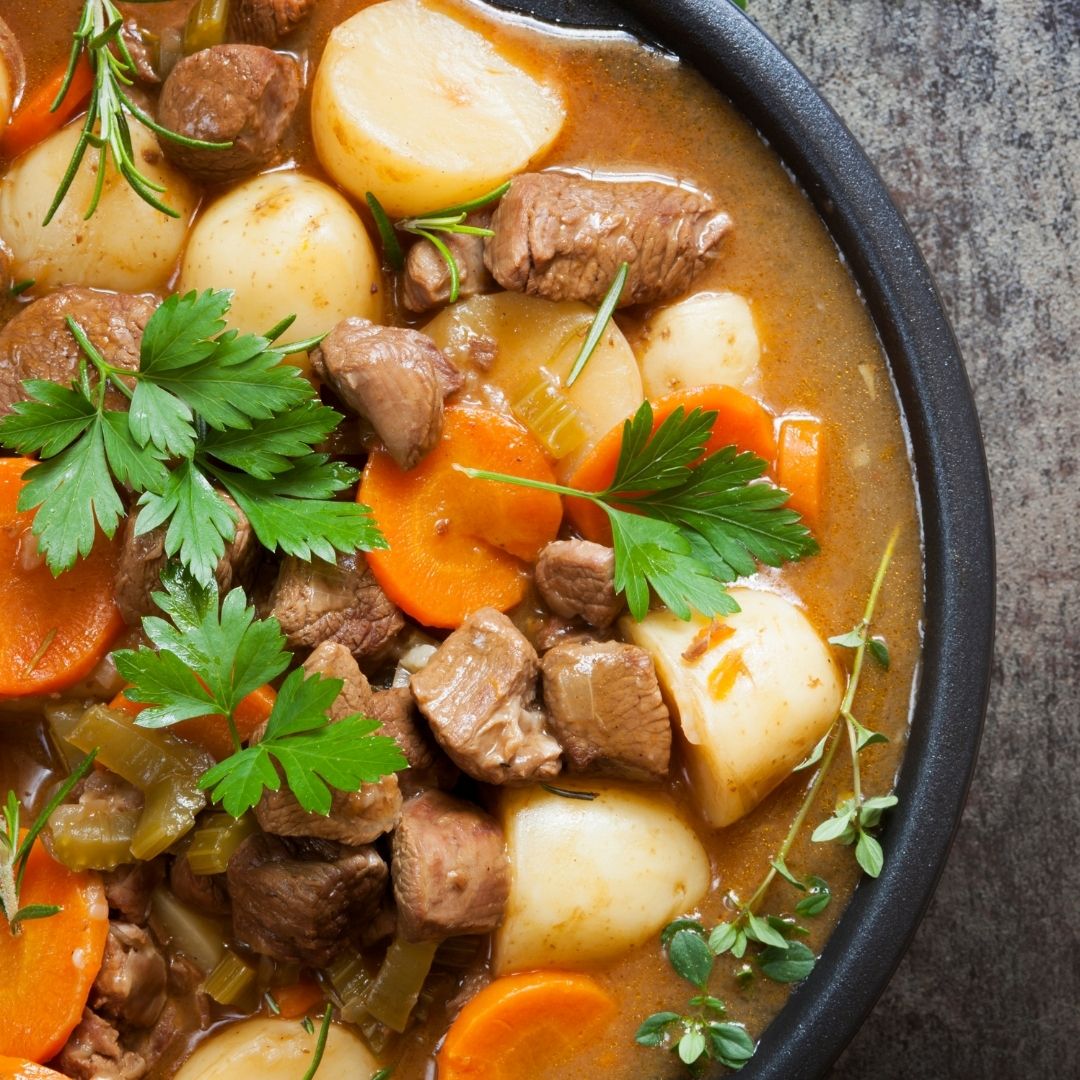 We always like to cover fun topics that draw out the richness of Irish culture and history, which is the backbone of McGrath’s Irish Ale House. With that in mind, here’s an interesting look at the origins of Irish stew.

Potatoes are one of the most common ingredients, which goes all the way back to the 16th century. When Ireland experienced the dreadful potato famine in the 19th century, the potato turned out to be a vulnerable staple crop that the Irish would never again take for granted. This is worth mentioning to illustrate how Irish stew was traditionally a feast of the peasant class.

The art of stewing dates to the Roman Empire. The Irish actually revived its popularity by using it to address the famine. With a scarcity of potatoes, you certainly weren’t going to eat the whole potato as often as otherwise, so stewing small pieces with other ingredients became commonplace. Irish stew, therefore, was initially a survival mechanism.

Irish stew is made with beef, lamb, or mutton. The latter is less common nowadays because we no longer depend on such tough meat (aged sheep) for a food supply. The starving Irish made the best of a desperate situation during the famine. Stewing involves subjecting the bone to a very slow cooking process that eventually extracts the remnants of meat.

Initially, the only other ingredients were potatoes and onions. You have to hand it to the Irish for making do with simplicity. In modern times, we augment the dish with copious amounts of sliced carrots, turnips, peas, parsnips, etc.

McGrath’s Has The Best!

We couldn’t let you get away without sharing our beloved take on this classic dish. Our family favorite, McGrath’s Irish Beef Stew, comes prepared with hearty chunks of beef, carrots, potatoes, and traditional Irish broth. Of course, when you come to McGrath’s, there’s a whole host of Irish entrees to try.

We also have corned beef and cabbage, shepherd’s pie, and chicken pot pie. Stay for a cocktail or beer. We have dozens of options to choose including several varieties of Irish Whiskey.

McGrath’s Irish Ale House can’t wait for you to join us. Don’t forget that Wednesday is lady’s night! If you have questions about our food, drinks, or live music events, call us at 941-210-4398 to learn more.