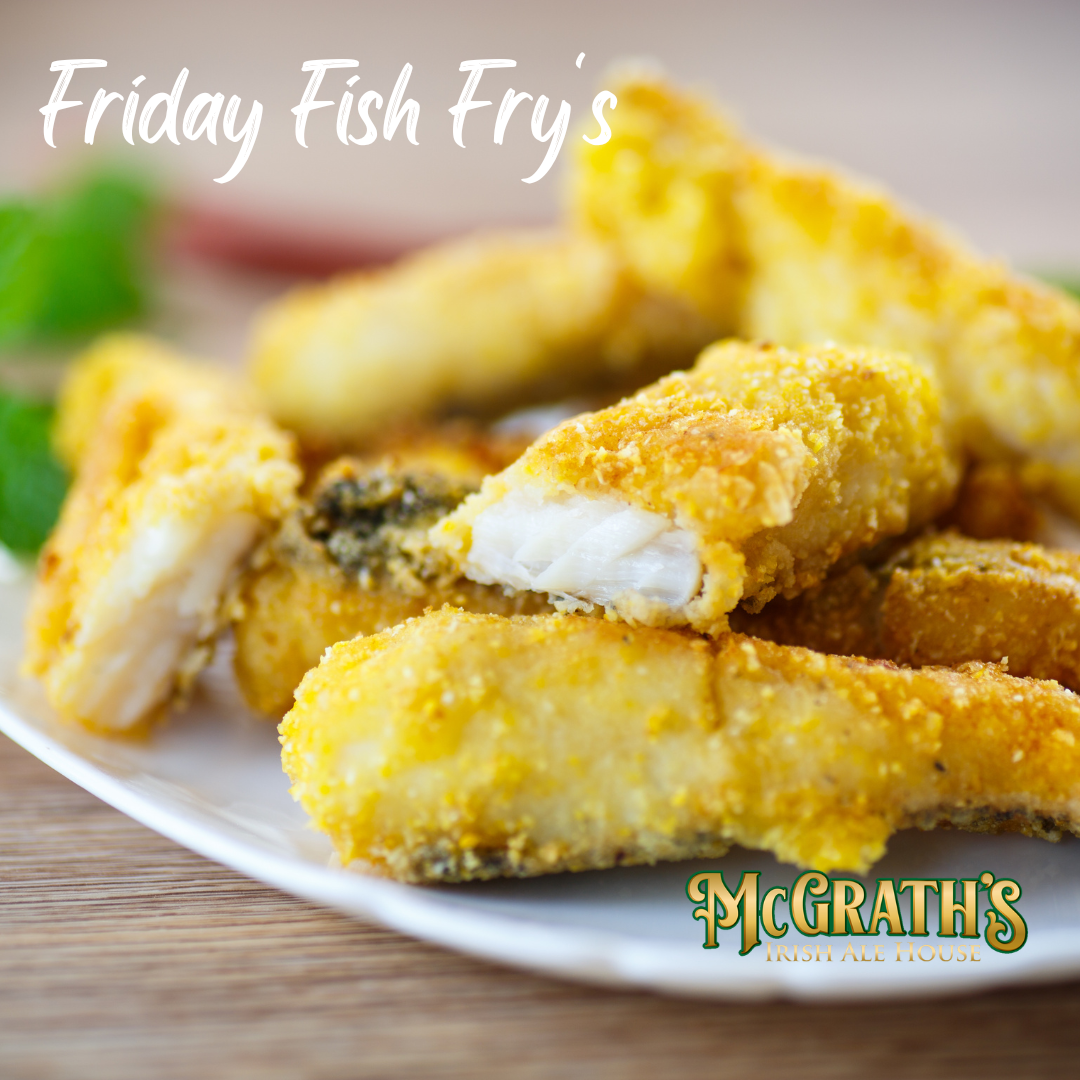 Residents in the Lakewood Ranch area don’t need a passport to enjoy the fine tastes of Ireland. Because McGrath’s Irish Ale House takes immense pride in bringing the best of the Emerald Isle state-side. While there’s always good news to be heard at McGrath’s, we have some special tidings to offer you, Friday Fish Fry! That’s right, every Friday from 4 PM until we close, we’re offering up all-you-can-eat Fish & Chips or Shrimp for only $20. Kick off the weekend right with this staple from across the Atlantic.

A Brief History of Fish & Chips

The dish we now know as fish & chips has long been associated with the UK. This is unsurprising, as, by the 1920s, there were over 35,000 establishments that served the dish in the UK alone. The combination of fried potatoes with battered cod is the ideal snack for a night at the pub or in front of the telly while binging on Father Ted and The Young Ones.

While the origins of this dish do come from across the Atlantic Ocean, and they are native to the European continent, the story begins in Spain. During the Spanish Inquisition, the Catholic church outlawed Judaism and Islam. The persecution was such that these “heretics and non-believers” were forced to convert or would be tortured and executed in a carnival-like atmosphere. The Jews of Spain would end up fleeing to neighboring Portugal. Because cooking is banned in Shabat, Jewish families would prepare fish to keep well past the 24-hour mark. The result was battered fish with bread. And thus, the prototype of fish & chips was born.

When Portugal fell under Spanish rule, the Jewish population fled to what we now know as the UK. Fish & Chips began to rise in popularity, with founding father Thomas Jefferson taking notice of the dish he described as “fish prepared in the Jewish style.” Since then, the dish has been found all over the UK and United States and is enjoyed by many.

Now that we’ve given you a substantial craving for fish & chips, you can add your own chapter to the history books by joining us each Friday for some decadent seafood offerings. You might not obtain a four-leaf clover at McGrath’s, but the pot of gold you’ll discover is battered fish in the tradition of the many pubs that span the emerald isle. For a menu, directions, and a list of upcoming events, visit mcgrathsirish.com.